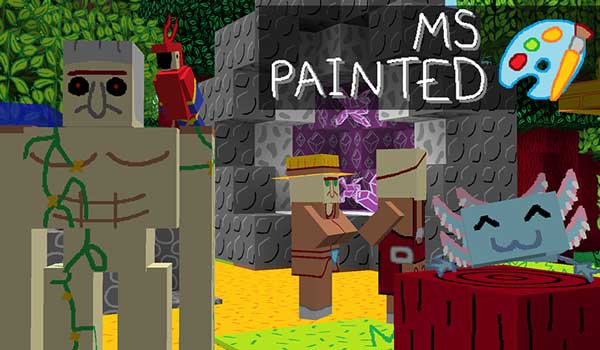 MS Painted 1.19, 1.18, 1.17, 1.16 and 1.12 is a rather curious texture pack, since it is nothing more and nothing less than a texture pack developed in Microsoft Paint, using only the twenty default Paint colors. According to its own creator, this started as a joke, but has ended up in a fully developed texture pack.

Despite its apparently simple design with a cartoon-like appearance, we are talking about a texture pack developed with a resolution of 128x, which represents a resolution eight times higher than the default. For this reason it is essential to use an external tool such as Optifine.

How to install MS Painted Texture Pack for Minecraft?