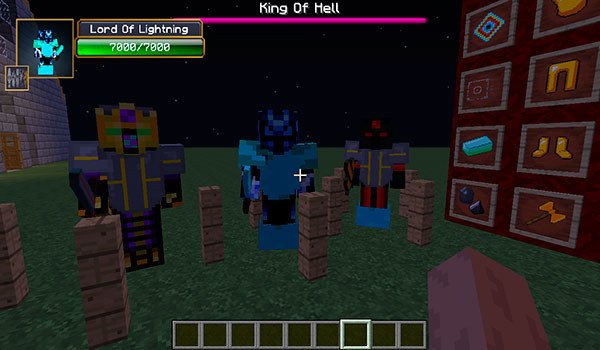 As for creatures, the mod only adds a new being in the generation of worlds, and three heads, very powerful. In addition to a new dimension and a new type of dungeon is generated randomly in different parts of the world.

How to install Mystical Rpg Mod for Minecraft?