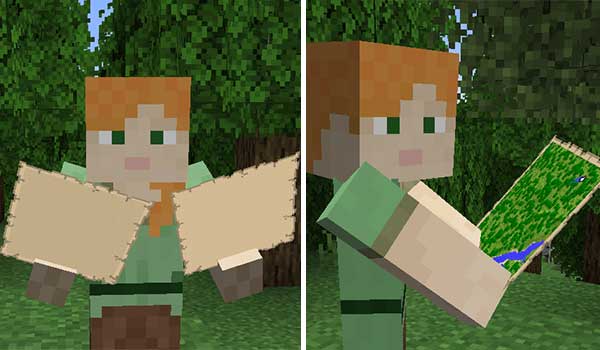 We will be able to see some of the new animations offered by this mod when performing the following routine tasks such as the following. Riding a horse. Eating and drinking. Using the compass. Using the shield. Using crossbows. Viewing maps. Rowing with wooden boots.

The players themselves will be able to see these animations by changing the view of the character by pressing the “F5” key, while the rest of the players will not have to do anything at all to see our new animations.

How to install Not Enough Animations Mod for Minecraft?