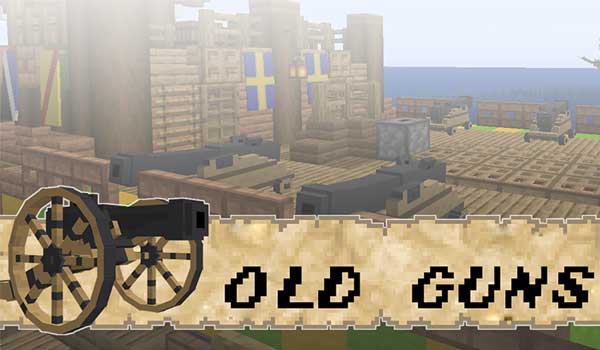 Weapons and artillery from the 15th century to the beginning of the 19th century.

Some of the weapons we can use are: rifles, muskets, derringers, blunderbusses, carbines, pistols, revolvers, rockets, naval cannons, and field guns among other artillery pieces. Remember that these are old weapons, so some of them may lack accuracy, some may lack reloading speed, and some may not work very well in the rain.

How to install Old Guns Mod for Minecraft?