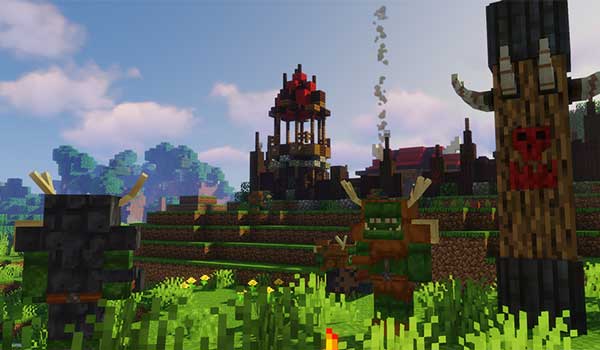 Orcz 1.18.2 and 1.16.5 is a mod that focuses on the generation of two new creatures, orcs and goblins. Specifically, the mod will add seven variants of orcs and up to three variants of goblins. Both creatures will be generated naturally and will be hostile towards our character.

In addition to naturally spawning orcs and goblins, the mod will also be able to spawn orc camps around the world. The appearance and characteristics of these camps will depend on the biome in which the camp is generated, so they will not all be the same.

How to install Orcz Mod for Minecraft?