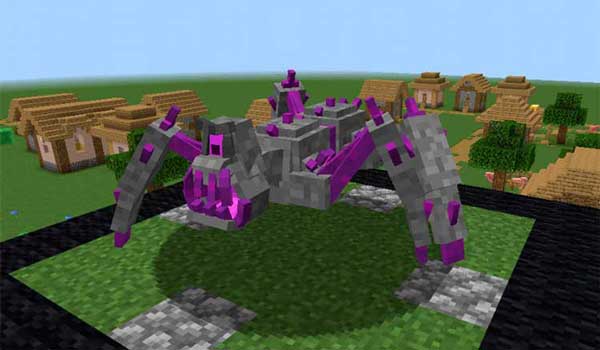 Fantastic and realistic creatures for all Minecraft dimensions.

Pandoras Creatures 1.16.5, 1.15.2 and 1.14.4 is a mod that is responsible for adding new creatures to the game, some of them hostile and others of them friendly, that we can even ride to travel the world on them. These new creatures will be very dangerous and some of them will have variations of themselves.

Some of these creatures are based on real creatures, such as bison, crabs and seahorses. While others are basically fantastic creatures. These creatures will be generated in the Overworld, along with the Arachnon we see in the image above.

How to install Pandoras Creatures Mod for Minecraft?