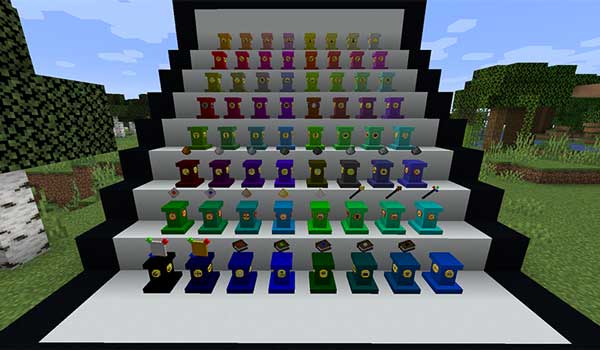 Pedestals, with functions far beyond the display of elements.

Pedestals 1.16.5 and 1.15.2 is a mod that will allow us to make several types of pedestals, whose functionalities go far beyond displaying blocks and objects. These pedestals can be dyed by means of the predetermined dyes, being able to create pedestals of sixty-four colors.

The pedestals that will allow us to manufacture this mod may have more than thirty functional improvements, which will give them various functionalities, such as being able to interact with the player’s inventory, inventories of blocks and objects, as well as interact with the world around them.

How to install Pedestals Mod for Minecraft?