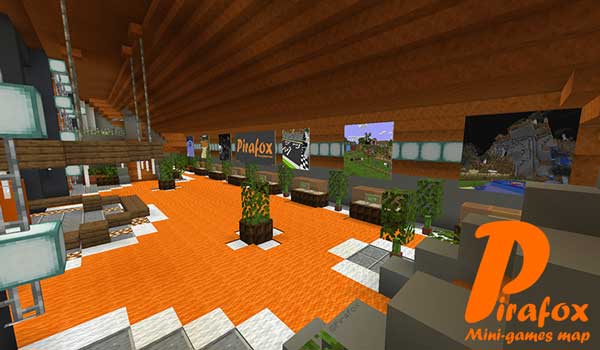 A world full of mini-games.

Pirafox Mini-Games 1.19, 1.18, 1.17 and 1.15 is a map that is composed of several zones or areas, within which we will find a mini-game. This map comes with a custom texture pack, which will be mandatory for the proper functioning of the map.

At the moment the map is composed of a total of six mini-games, which are the following. Spleef arena. Training arena. Battle Royal arena. F1 Start line. The Wool Hunt. Thimble and The Pirafox Stadium. All these game areas make up the entire developed map.

How to install Pirafox Mini-Games Map for Minecraft?