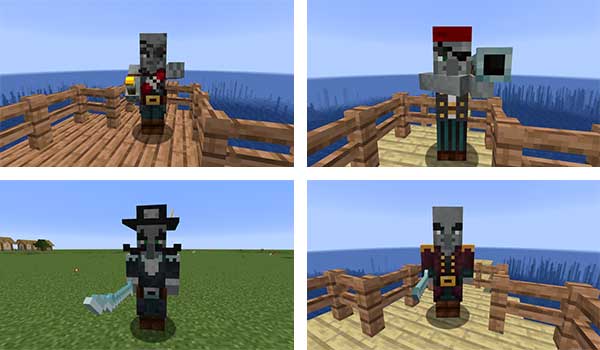 They claim to have seen looters and pirates on the coast.

Pirates And Looters 1.16.5, 1.15.2 and 1.14.4 is a mod that focuses on diversifying Minecraft’s oceans, mainly adding new creatures. These creatures are none other than pirates and looters. It also adds a new biome with palm trees and new interesting objects.

As of today the mod adds the following pirates and looters, Captain Agmair, Spader Pirate, Boomber Pirate, Pirate Cannon, Skeleton Parrot, Pirates Capain and Pirates Skeleton. Each of these entities, in addition to attack damage, can produce effects on players.

How to install Pirates And Looters Mod for Minecraft?