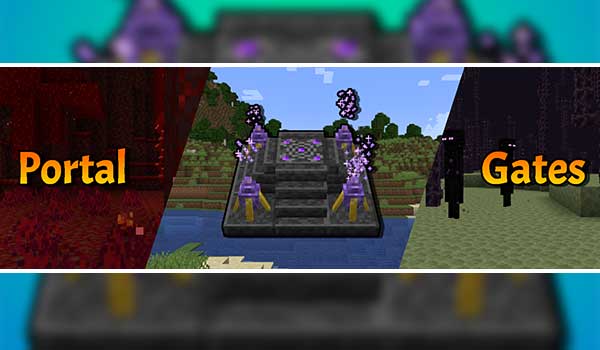 Portals for teleportation within the same or between different dimensions.

Portal Gates 1.19.2 and 1.18.2 is a mod that allows you to make portals to teleport to different points within the same dimension, between different predetermined dimensions, and between dimensions that are added to the game by other mods that add new dimensions.

These portals, which are made on a crafting table, will be formed by several block manufacturing processes. Once a portal is placed in the world, called a Portal Gate, it can be linked to any other portal we create using a rune stone as a linking element.

These portals are not only limited to be used by players, as they will also be able to teleport animals and hostile creatures from one portal to another. Finally, if we want we can apply dyes portals during the manufacturing process, which will allow us to differentiate some portals from others by the color of them.

How to install Portal Gates Mod for Minecraft?