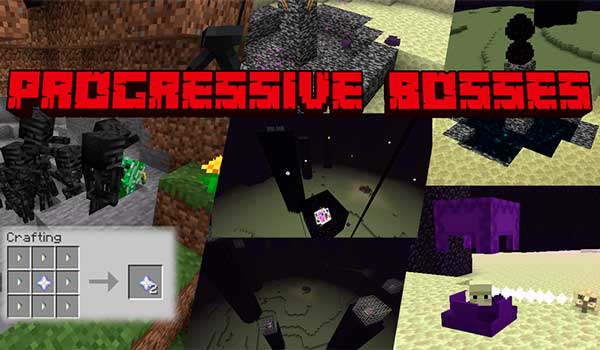 Bosses with progressive stats and skills.

Progressive Bosses 1.16.5, 1.15.2 and 1.12.2 is a mod that focuses on progressively increasing the stats and skills of the game’s default bosses. That is to say, as we face them the Ender Dragon and the Wither will be more and more dangerous.

In individual games, each time we kill the Wither or the Ender Dragon they will increase one point of difficulty. These bosses, the next time they spawn, will have higher stat values and may have unlocked some new abilities.

This mod can also be used in multiplayer games. In this case the mod will take into account the power level of the players closest to the Ender Dragon or the Wither, depending on which one we fight, to set their stats and special abilities.

How to install Progressive Bosses Mod for Minecraft?