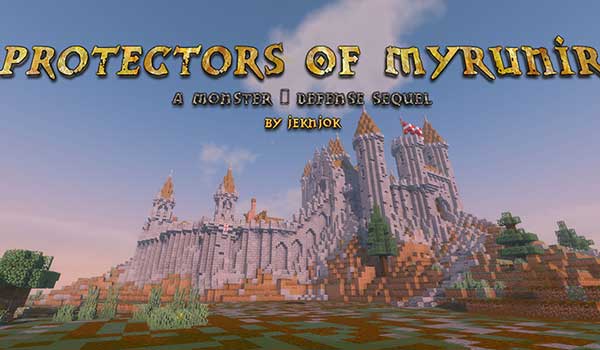 Protect Myrunir from the waves of the Dead Legion.

Protectors of Myrunir 1.19 and 1.18 is a PVE map where players will face the environment with a clear mission, to defend Myrunir City from the siege of Dead Legion. These hostile entities will try to access the city through doors and walls, while our mission will be to prevent their progression.

As players we will have to face a large number of waves of enemies. To defend the city we will be able to make use of a series of new skills, RPG style. We can also receive the help of defensive turrets and allied NPCs.

It is a multiplayer map that we can play individually or with our friends. Although the map is designed to be played by between four and twenty players, there is the possibility of playing it individually. In this mode the level will be lower and we will have more help from allied NPCs.

How to install Protectors of Myrunir Map for Minecraft?