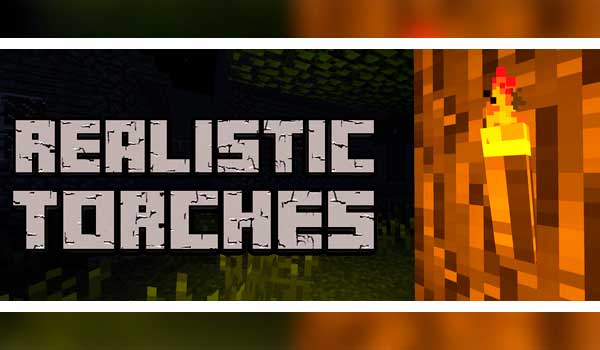 Torches that turn off with the passage of time and rain.

Realistic Torches 1.19.2, 1.18.2 and 1.16.5 is a mod that focuses on modifying the operation of one of the most used objects in the game, the torches. With this mod installed the operation of the torches will be much more realistic and will be more complicated to get in the early stages of the game.

When we make torches, and we want to place them in the world, they will appear off, so we will have to use a matchbox. The torches of the structures will now be generated off. The torches that are outside will be extinguished with the rain.

In addition, all torches will be extinguished after sixty minutes of play. Despite all this, we will still be able to make torches that will work indefinitely, but they will be more expensive to make. These torches are made with Glowstone.

How to install Realistic Torches Mod for Minecraft?