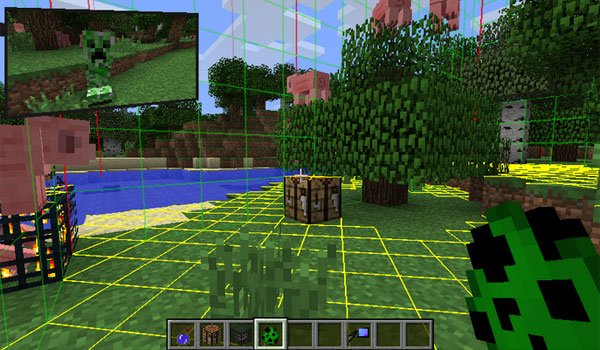 How often a creeper has exploded on your back because you didn’t know it was there?

RearView Mod 1.6.4 is a fairly simple mod, but not useless, as it allows you to craft a rear that being put next to a helmet, it will give a helmet with rear mirror which will allow you to see your back view.

So now, with it, you are able to spot any enemy that approaches us from behind (which to be honest, often happens). But not only that, it will allow us to see more broadly and see any resources or anything we are leaving behind us, for example when your are mineing.

How to install RearView Mod for Minecraft?