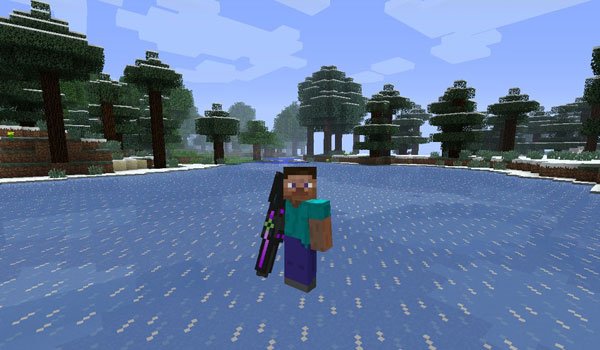 Tired of accumulating lapislazuli, rotting flesh, Ender pearls and redstone in your coffers, without using them?

RedStone Handguns 1.6.4 is a mod that lets you create new 4 clsses of weapons where Redstones, the lapislatzuli and the rotted meat will be the ammunition. So you can take advantage of these three abandoned materials in your chest.

First we have the “Ender Sniper Rifle”, second “Zombie Hord ShotGun” will trigger up to 5 units of rotten meat in every shot. Thirdly, the “Lapis Launcher” to trigger lapislazuli units and finally “Redstone Automatic Gun” that it’s a redstone machine gun.

So you can make use of these materials that had abandoned in a corner of your chests, using them as ammunition for these new weapons.

How to install RedStone Handguns Mod for Minecraft?