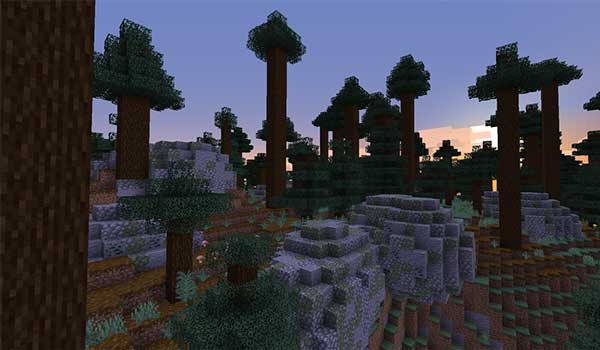 New generation of terrain, villages and dungeons all over the world.

The idea behind these modifications is to create more varied environments and increase the difficulty of the game, especially in the area of the dungeons, which will now be larger, will be formed by blocks of terrain of the biome where they are located and will be more complicated. In addition, dungeons can be generated in the Nether dimension and in the End dimension.

In terms of terrain generation, in the Taiga Hills biome we will be able to find giant trees and large rocks, which will contain mineral resources inside them. We can also find larger trees in the swamps, villages and temples in the Badlands biome, villages and “igloos” of earth and stone in the mountains, giant villages in the Taiga biome, among other things.

How to install Repurposed Structures Mod for Minecraft?