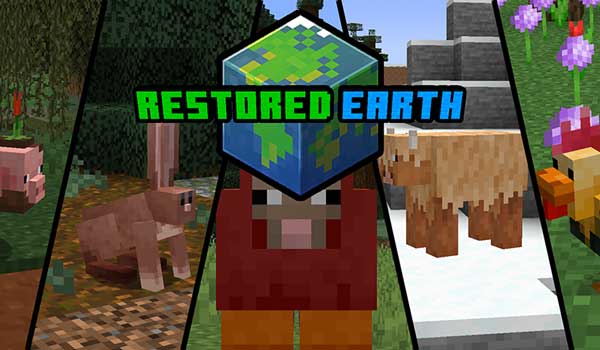 You can now live with the creatures of Minecraft Earth.

Restored Earth 1.18.2, 1.17.1 and 1.16.5 is a mod that was born at the same time the Minecraft Earth game disappeared, an augmented reality game inspired by Minecraft and developed by Microsoft that was canceled in January 2021.

This game added new creatures that were never part of the original Minecraft game. Those creatures disappeared at the same time the game disappeared. However, now, thanks to the community we will be able to see again, and live with, some of these creatures.

How to install Restored Earth Mod for Minecraft?