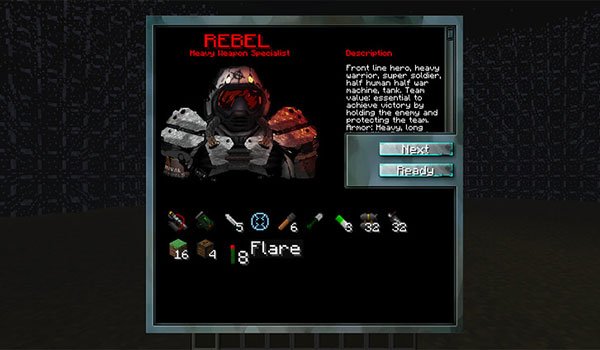 To Alpha stage currently in Beta.

Rival Rebels 1.7.10 is a mod that is aimed at all those who enjoy the battles or wars in Minecraft. Mainly we can fight among multiple computers, so we can play both individually and with our friends in multiplayer.

The mod adds various blocks that allow to create arenas and bunkers where teams can be equipped before going into battle. Among the new elements this mod adds, found several new weapons like flamethrowers, rocket launchers, various traps, defensive towers, barricades and several more elements to help improve the team battle system.

How to install Rival Rebels Mod for Minecraft?