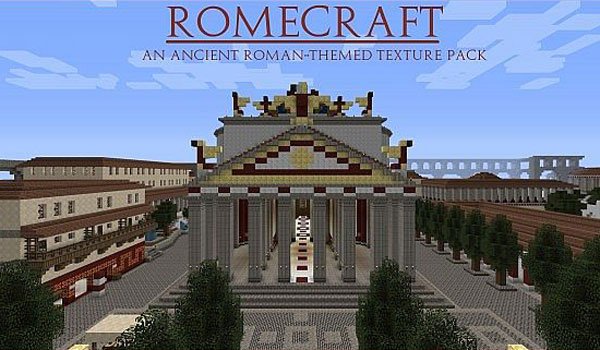 Here’s the update of this texture pack that had not been available for several versions. As the name suggests is based in Roman times, trying to offer our Minecraft blocks, the ancient Roman style.

Romecraft 1.7 is a 16x resolution pack,  so you don’t need to use MC Patcher to enjoy it. Highlights of these textures, looking at the columns with a certain distance, you’ll appreciate that the vertical blocks are designed to emulate the legendary Roman columns, offering a look that gives the impression of seeing round columns.

As you can see in the images below, the pack also adds Roman style clothing or armor for our Minecraft character.

How to install Romecraft Texture Pack for Minecraft?