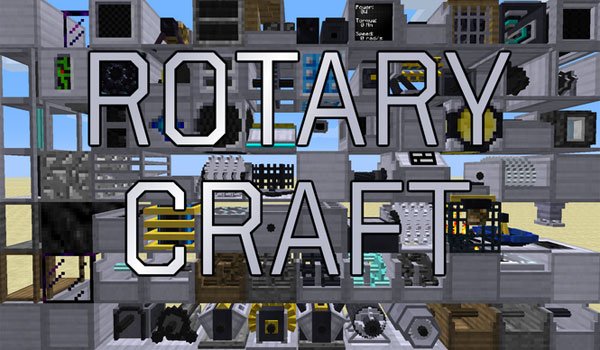 We present a mod that has several elements and functionalities in order to industrialize Minecraft.

RotaryCraft 1.7.10 is an industrial-style mod which adds the “power transmission” concept and that blends perfectly with Industrial Craft and BuildCraft mod’s style.

This is a mod that adds realism in the generation and distribution of energy as well as the laws of physics that affect as real or true as possible to the equipment , for example, if a machine overheats, this will cool under the laws of heat convection . Also power generation is governed by the speed and the torque of the machinery.

The mod adds various mechanical elements that allow us to generate and transmit energy, like in the case of gearboxes and mechanical axes. Furthermore, these objects have animation and you will see how various elements spin or rotate , hence the name of the mod itself.

If you see it all a bit complicated, you just have to craft the book you see in the picture below.

How to install RotaryCraft Mod for Minecraft?