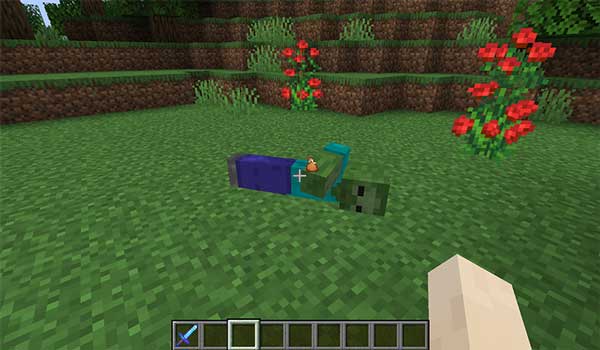 Lying bodies waiting to be looted by players.

RpgZ 1.16.5 is a mod that focuses on modifying the system by which players loot the creatures that we eliminate during our games. As we can see in the image at the top of this post, the eliminated entities will remain lying on the ground for a certain period of time.

Now, instead of the entity disappearing and picking up the objects from the ground, when killing any creature, the body of the entity will remain lying on the ground until the body is looted by the player. The body will disappear after four minutes of gameplay if no one loots the body.

How to install RpgZ Mod for Minecraft?