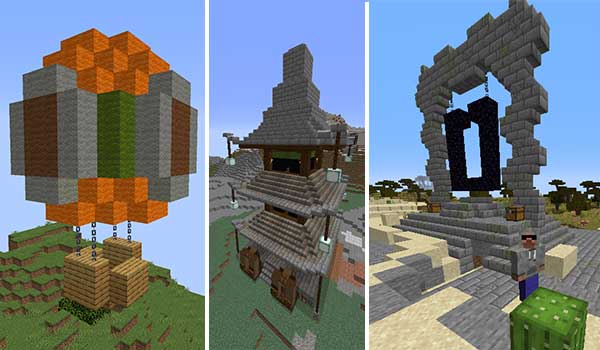 New generation of structures around the world.

Shrines Structures 1.18.2 and 1.16.5 is a mod that will focus on generating new structures around the world. These structures can be generated on the surface of the world, but also underground, and even in the air. Currently the mod adds eight types of structures, with many variants.

These structures consist of four types of temples, areas designed for bees, two variants of shrines, several types of houses and several models of pyramids, as well as hot air balloons decorated with wool, with more than 500,000 possible color combinations.

How to install Shrines Structures Mod for Minecraft?