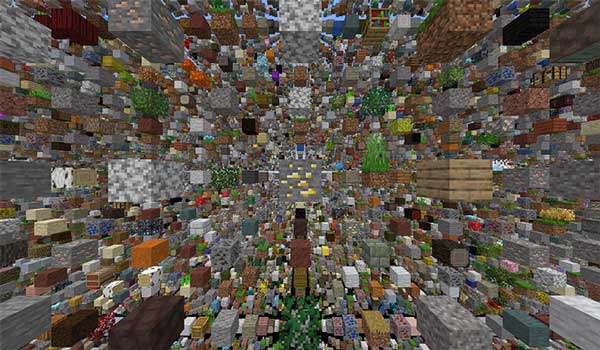 A new, and curious, generation of terrain for all dimensions of Minecraft.

Skygrid 1.15.2 and 1.12.2 is a mod that focuses on modifying the terrain generation of our worlds until they are practically unrecognizable. This new generation of terrain is in charge of generating worlds formed by random blocks in the form of a grid. This mod is based on the Skygrid map.

With this mod installed we can still access the Nether dimension, as we can see in the image below, and the End dimension, although in both cases they will have the same terrain generation as the Overworld. That is, they will be formed by random blocks inside in a grid format.

How to install Skygrid Mod for Minecraft?