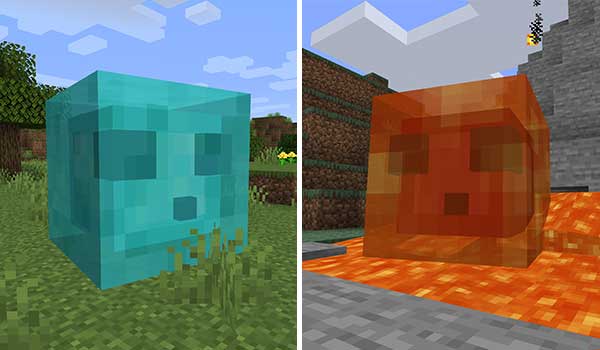 Slimier Slimes 1.16.5 is a mod that focuses on generating a good amount of Slime variants. Each of these new types of Slime will be generated in a specific point of the world, either a specific biome or an area where there is a specific material or a specific structure.

At the moment the mod has a total of nine new Slime variants. These variants are as follows: Creeper Slime, Camo Slime, Crystal Slime, Glow Slime, Rock Slime, Lava Slime, Pinky Slime, Snow Slime and Lava Slime, although more will be added in the near future.

How to install Slimier Slimes Mod for Minecraft?