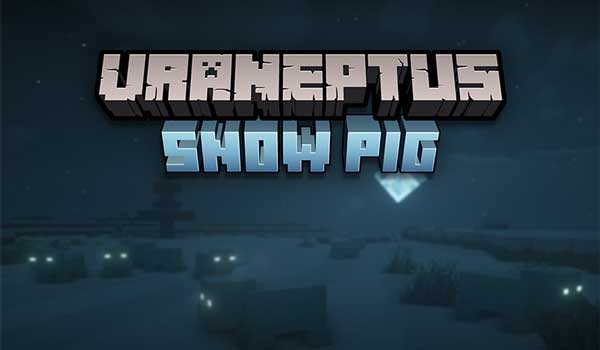 A new pig, creepy but harmless.

Snow Pig 1.16.5 is a mod that adds a new animal to our Minecraft cubic worlds. This creature is, no more and no less than a frozen pig or snow pig. This snow pig can be found in the coldest biomes of the Overworld.

It is worth noting that, although its glowing eyes are a bit scary, it is not a hostile creature. It is a peaceful creature, so it will not attack us even if we catch it first. When it dies it will drop a frozen pork chop, which we can thaw with fire in an oven.

How to install Snow Pig Mod for Minecraft?