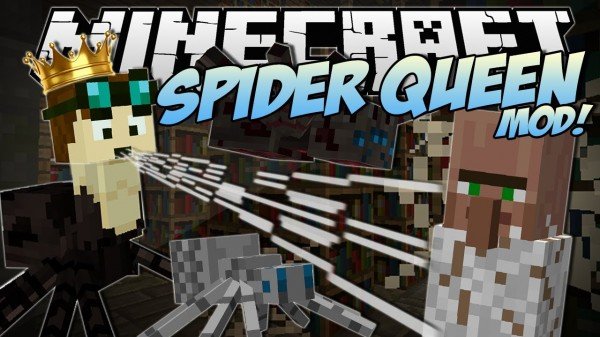 Spider Queen 1.7.10  is a mod that firstly will change the appearance of your character. From the first time you will get in the game with the body of the Spider Queen which will transform the meal in spiderweb and cocoons with which you can climb vertical walls and trap animals and enemies.

Once you trap enemies you can devour them and get more spiderweb, spider eggs or cocoons . From the spider eggs will life new spiers that will have a mixed look between an spider and the being which you have traped with the cocoon. So if you have catch one creeper, you eat it and then you will get eggs which will give creeper spiders. Each kind of spider is different from the others and is related to the capture skills.

Spiders that you breed will protect you from enemies, they will evolve their skills inthe battles and will follow you everywhere. The mod also adds human NPC ‘s that roam by the world which you can capture as well as any other animal.

How to install Spider Queen Mod for Minecraft?