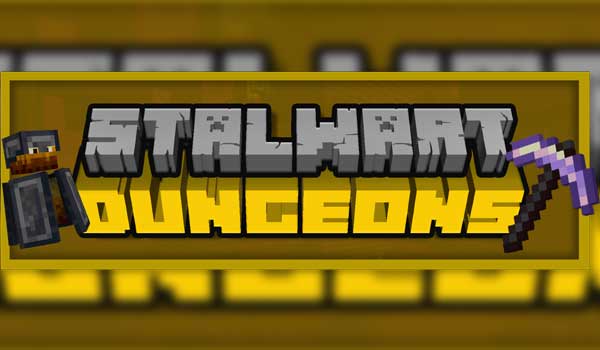 At the moment the mod adds three dungeons in the Nether, which are Large Nether Dungeon, Small Nether Dungeon and Keeping Tower, where the bosses Reinforced Blaze, Incomplete Wither, Awful Ghast and the Nether Keeper will be generated. While in the dimension, two new dungeons will be generated, inhabited by the bosses Canon, Propulk and Shelterer.

How to install Stalwart Dungeons Mod for Minecraft?