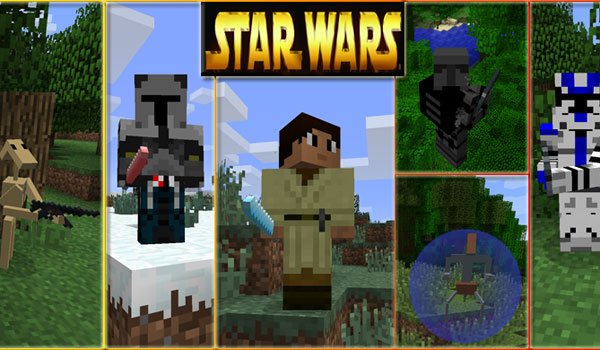 Today we bring you a preliminary version of a mod based on the Star Wars.

Star Wars Mod 1.6.4 adds a lot of new elements that fans of the series will soon recognize. Among them, we highlight a variety of weapons, such as various kinds of lightsabers and laser guns, several NPC’s with which we would trade, as well as mobs.

We will have new worlds, 4 by now: Earth, Tatooine, Dagobah and Endor, that work as new dimensions. In each of these worlds , find both structures, mobs and NPC’s based on the world within the Star Wars saga.

This mod can be used in single-and multiplayer.

How to install Star Wars Mod for Minecraft?