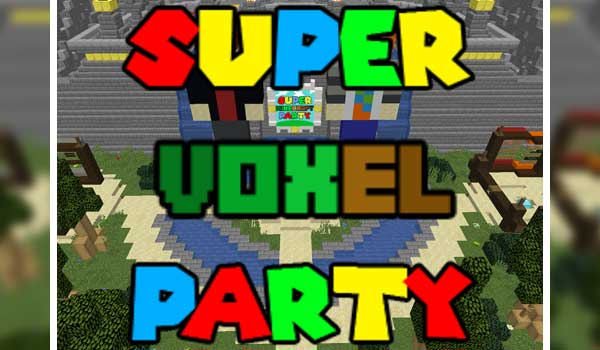 A map based on Mario Party, for four players.

Super Voxel Party 1.17 and 1.16 is a map based on the popular video game Mario Party, which will feature four of the traditional boards, which are Grand Canal, Manor of Madness, Diabolic War Fort and Hyrule. The map features custom content, plenty of mini-games and eight bonus stars.

It is a map developed to be played by four players, not one more, not one less. The game consists of rolling the dice, traversing platforms and collecting coins and stars. The winner of the game is the one who gets the most stars.

How to install Super Voxel Party Map for Minecraft?