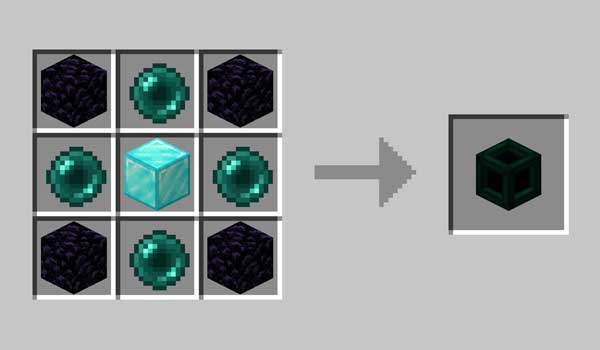 A simple and efficient way to transport liquids, fluids, energy and objects, even between dimensions.

Tesseract 1.19.2, 1.18.2, 1.16.5 and 1.12.2 is a mod that will allow us to make a single block, called Tesseract, whose functionality is to allow the transport of objects, energy, and liquids and fluids from any point to any other point. Even between different dimensions.

The operation is simple. A Tesseract is connected to another, or others, Tesseract through the use of channels. That is, a Tesseract can have several channels that connect to several Tesseracts. In the picture below we can see the inventory of a Tesseract that has two channels, but only one of them is unlocked.

These channels are independent for each item category. That is, we can have several channels for the energy category, several for liquids and fluids and several for objects. Players can add as many channels as they want and name them as they wish.

How to install Tesseract Mod for Minecraft?