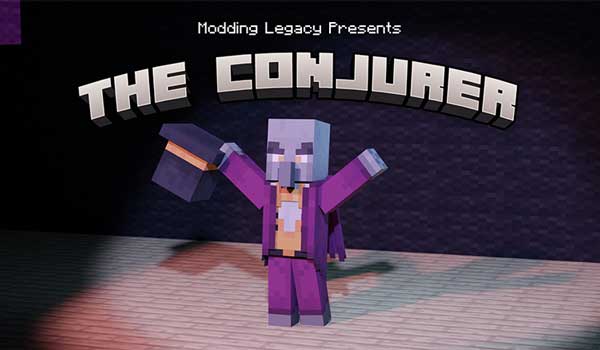 Some people claim to have seen a strange theater in the Roofed Forest biome.

The Conjurer 1.19.2, 1.18.2, 1.17.1 and 1.16.5 is a mod that adds a new structure to the terrain generation, the theater. This theater will be generated naturally in the Roofed Forest biome and in its interior we will only find hostile entities. To be more specific, what we will find here are Illagers.

This structure is similar to the Illagers’ mansions. The theaters will be formed by several rooms and in one of them we will find the theater, with the assistants to the theatrical work. The Illagers come to this place to see the theatrical representations of the Conjurer.

Occasionally we can find here witches and illusionists, but the most normal thing is that the public is formed by vindicators and looters. Defeating the Conjurer, who represents a magician, will give us his hat. This hat will keep the Bad Omens away.

How to install The Conjurer Mod for Minecraft?