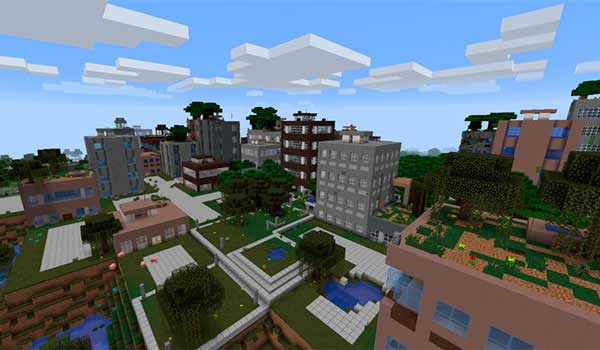 Adventures in a world formed by large abandoned cities.

The Lost Cities 1.16.5, 1.15.2 and 1.12.2 focuses on offering us a new generation of terrain, which will allow us to appear in a world formed by a perpetual city, with buildings, dungeons, tunnels, subway lines, bridges, roads, dungeons with creature generators and treasures with loot.

In order to enjoy this new generation of terrain, we will have to create a new world. The process consists of selecting “Single Player” in the main menu, then select “Create a new world”, select “More world options” and in world type select “Lost Cities”.

This new generation of terrain will allow us to live adventures in abandoned cities, with a certain apocalyptic touch. The mod is compatible with Biomes O’ Plenty, so we will be able to combine the biomes of this mod with the apocalyptic cities added by this mod.

How to install The Lost Cities Mod for Minecraft?