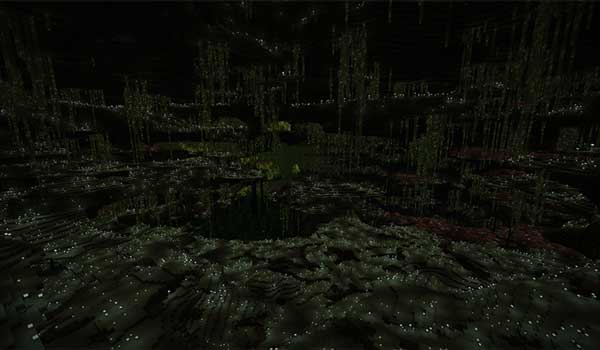 New adventures inside a dark and subway dimension.

The Undergarden 1.18.2, 1.17.1 and 1.16.5 is a mod that will allow us to access a new dimension, formed by a subway world, located under the Bedrock layer. This dark dimension is inhabited by new vegetation and new monstrous creatures, which are part of a chaotic and mysterious realm.

Undergarden is a dimension that we will be able to explore in search of new adventures. In this new world we will be able to find new mineral resources, with unique characteristics, that will allow us to manufacture new sets of weapons, tools and armor pieces.

To access this new dimension we will have to build a dimensional portal, with the same shape as a portal to the Nether, but using Stone Bricks instead of obsidian. The portal can be activated by using a new object, called catalyst.

How to install The Undergarden Mod for Minecraft?