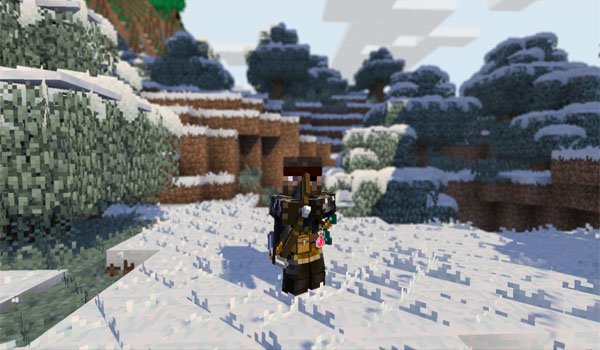 ToolBelts Mod 1.7.2 is a mod that only adds a visual change at your character by adding a tool belt at the waist, which will display certain objects that you can take up.

The belt and objects will be visible both from the front and back of your character. In the front display objects like torches, chests and potions. While glass bottles and arrwos will be displayed on the back. On the sides will be the sword and pickaxe.

How to install ToolBelts Mod for Minecraft?