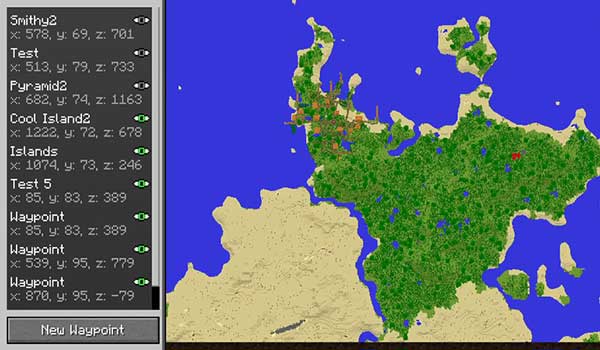 Now you can avoid getting lost in Minecraft with this minimap.

Travellers Map 1.16.5 and 1.15.2 is a mod that will allow us to enjoy a minimap that will show the orography of the terrain surrounding our character. This minimap will appear in the upper right area of our screen and we will be able to enlarge or reduce the terrain area shown inside the minimap. In the center of the screen, at the top of the screen, will appear a bar that works as a compass, reminiscent of the orientation system of Skyrim.

In addition to the minimap that appears on the screen, the mod will also allow us to enlarge the map to be able to visualize our environment in full screen. Another interesting feature offered by the mod is the ability to mark points of interest on the map, which once created we can hide or show, without having to delete them, as we see fit at any time.

How to install Travellers Map Mod for Minecraft?