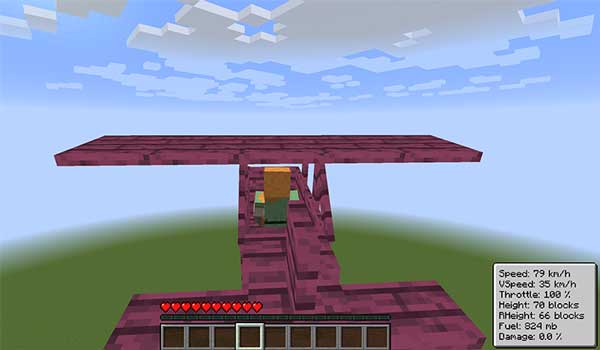 It is now possible to take to the skies with airplanes.

Ultimate Plane 1.18.2, 1.17.1 and 1.16.5 is a mod that offers us the possibility of building airplanes, or rather small planes, with which we can take to the skies. At the moment the mod allows us to build up to twenty-four variants of airplanes, between passenger planes and cargo planes, with 54 slots for transporting objects.

If we want to access the inventory of any aircraft we only have to sit in the cockpit and press the “P” key. If we want we can see information about the flight by pressing “Control + P”. Players can name planes by placing them on an anvil. In case of being damaged, the planes can be repaired with a wrench added by the mod.

How to install Ultimate Plane Mod for Minecraft?