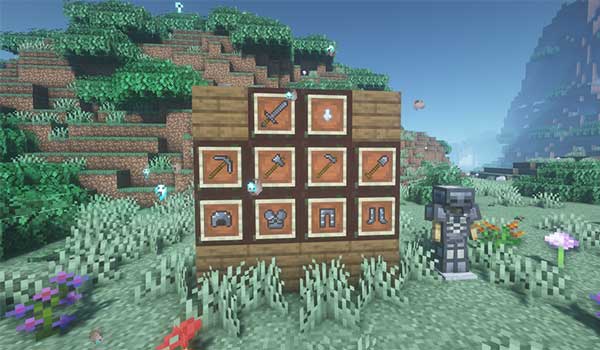 Undead Army 1.18.2 and 1.16.5 is a relatively small mod that focuses on the generation of zombie knights, of various types, who will roam the world in search of their king. While this king is nothing more and nothing less than a powerful boss, called Undead King, who wanders the world in search of his castle.

With this mod installed we can find a new dungeon format, which represents the castle that the boss king of this mod is looking for. Below we can see an image of the interior of the dungeon, called Ruined Castle.

When a player finds one of these dungeons, he will have guaranteed battles, as well as rewards in the form of reward chests. In addition, if we manage to find the king and defeat him, we will be able to get a new set of weapons, tools and armor.

How to install Undead Army Mod for Minecraft?