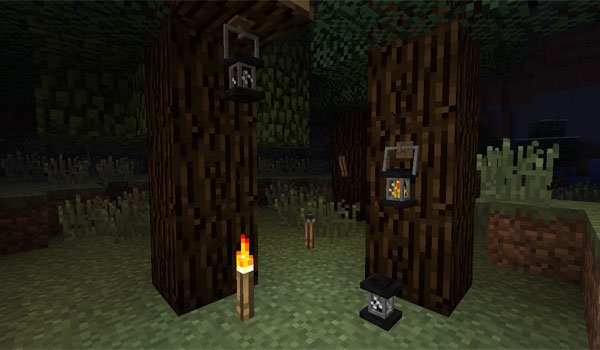 Do you think torches in Minecraft are so unrealistic and useless?

Unlit Torches and Lanterns 1.5.2is a mod that aims to improve everything about Minecraft torches, from its creation to its use, as well as improving the lighting system of these objects within the game.

Since installing this mod, the torches won’t last forever until they turn off, so we re-lit with either a flint, a cigarette lighter, using another torch or using lava. Now the torches that are outdoors will turn off when it rains or when they get wet.

Apart from this, the mod adds other objects such as oil lamps. These lamps are placed in brackets and need oil. The oil can be extracted from animal fat, placing three units of animal fat with a glass bottle to get a bottle of fat to cook  to get the oil and to recharge our lamps.

All the lights of lamps and torches of this mod, go from being static to dynamic.

How to install Unlit Torches and Lanterns Mod for Minecraft?