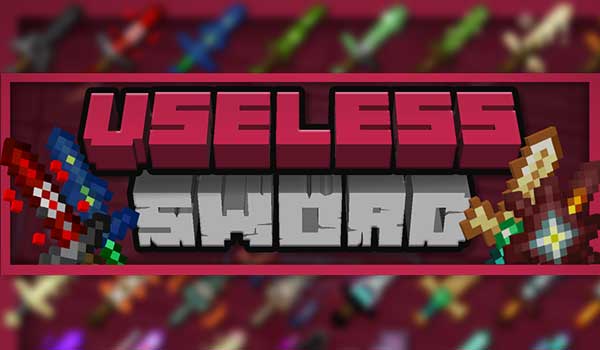 Useless Sword 1.18.2, 1.17.1, 1.16.5 and 1.12.2 is a mod that will allow us to make a great set of new sword types, as well as interesting new items. The attack values of these new swords are variable, some will be more powerful than diamond swords, while others will have a lower attack power than diamond ones.

Beyond the attacking power of each of these new swords, the vast majority of them have different effects. So beyond causing damage by hitting, they can also cause damage according to the active effects that each type of sword has, or produce other non-harmful effects, such as blocking and so on. In total we can make 75 elements, including objects and swords.

How to install Useless Sword Mod for Minecraft?