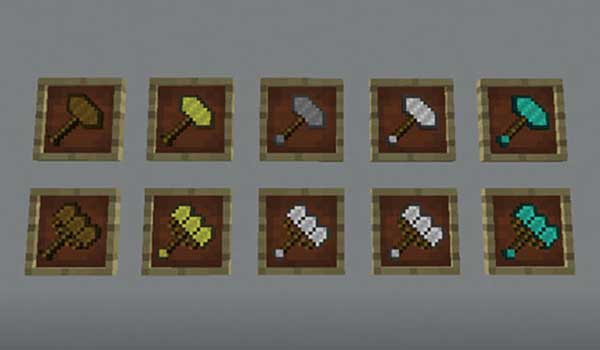 Chopping and digging can be nine times faster than before.

Vanilla Plus Tools 1.19, 1.18.2, 1.16.5 and 1.12.2 is a mod that will allow us to manufacture two variants of tools. Specifically a pickaxe variant and a shovel variant. These variants are more expensive to manufacture than the normal ones. Nine times more in fact. But they will also be faster and more efficient.

The manufacturing process of the shovel variant is as simple as placing nine shovels on a crafting table, each one in a square. The process of making the pickaxe variant is exactly the same as that of the shovel. That is, combine nine spades into one.

How to install Vanilla Plus Tools Mod for Minecraft?