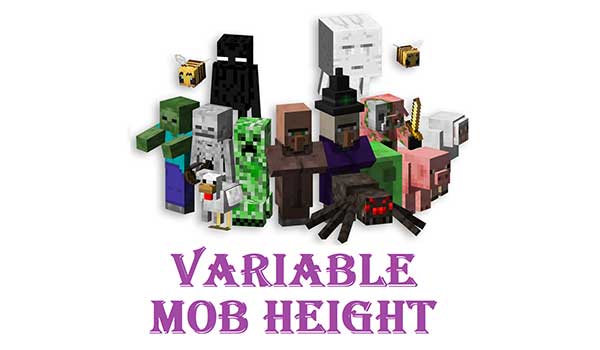 Variable Mob Height 1.19.2, 1.18.2 and 1.16.5 is a mod that aims to bring a touch of realism and visual variety to most Minecraft creatures. The difference between heights will not be abysmal, but it will give a sense of variety, because we will not see a lot of creatures of the same height.

As you may know, by default, all creatures of the same species have the same height, which is unrealistic. Well, with this mod installed, if you spawn several zombies, some of them will be taller than the rest. This is a random process at the time of entity generation.

How to install Variable Mob Height Mod for Minecraft?