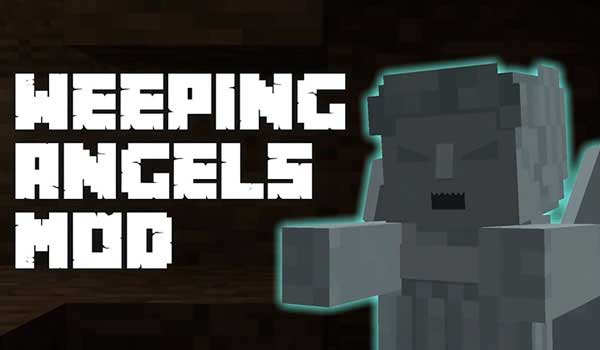 Weeping Angels, from Doctor Who, waiting for you not to turn away.

Weeping Angels 1.19.2, 1.18.2, 1.16.5 and 1.12.2 focuses on the generation of a new hostile creature, based on the mythical British Doctor Who series, the Weeping Angels. These are creatures that turn into stone beings when we look at them, but will come after us when we stop looking at them.

The angels have the ability to extinguish redstone lamps and break torches to go unnoticed by players. These angels can be generated in adult and child versions, the latter being much faster than the adult versions of these creatures.

An angel can be blocked if it is looked at head-on by another angel. That is, in this situation neither of the two angels could move. The only way for players to defeat the angels is to use a Chronodyne generator or hit them with a pickaxe in their statue state.

How to install Weeping Angels Mod for Minecraft?