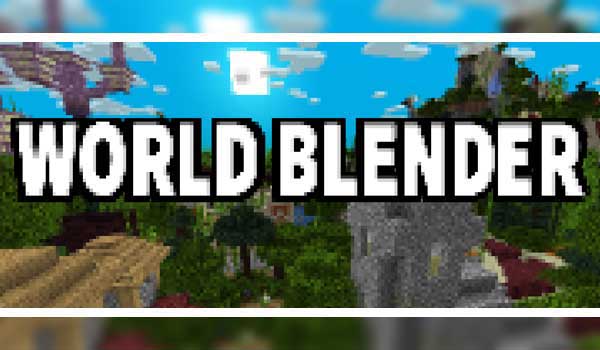 World Blender 1.16.5, 1.15.2 and 1.12.2 is in charge of generating a new dimension that adds new contents, some of them coming from the End and Nether dimension. In this new dimension, called World Blender, we will find new structures, a new generation of caves and new biomes.

This new dimension is designed to be accessed in advanced games, since before we will have to have traveled the world and have obtained certain elements to be able to build the dimensional portal that will give us access to this crazy dimension.

Access to this new dimension occurs through the creation of a dimensional portal, which is made by creating a structure by placing eight chests in an area of 2x2x2. Inside the chests we will have to place a different block. In the following video you can see how to create the portal.

How to install World Blender Mod for Minecraft?